In the year 2014 alone, nearly two dozen new breweries opened across Indiana. Yet, Chilly Water Brewing Company, in little more than a year, managed to take away the top honor “Brewery of the Year” at the Indiana Brewers’ Cup of 2015.

Five and a half years later, the enterprise is still going strong, with recent national-distributor Craftroads Beverage picking up their selections (and is the only Indianapolis brewery they carry), and a branding update is set to roll out within the next few weeks.

The brewpub sits cozily at the end corner of Virginia Avenue & McCarty Street, right off of the Cultural Trail with an unmissable dog-friendly patio in the Fletcher Place neighborhood. Well known neighbors include the Bluebeard restaurant and Hotel Tango Distillery. 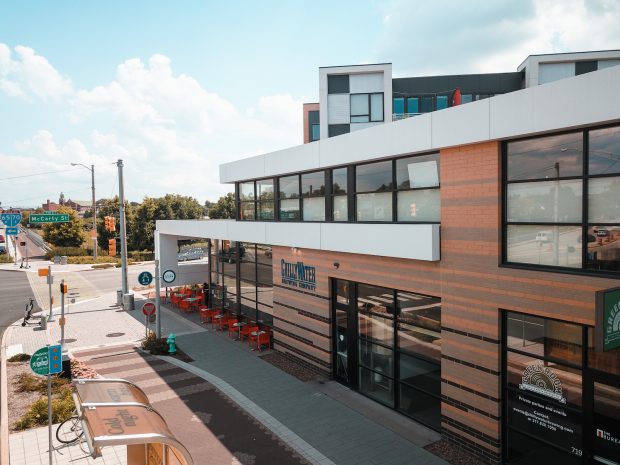 Chilly Water is one of only a few breweries located along the Cultural Trail, making it a frequent spot for walkers or bike riders to stop by for a pint. The brewery also kindly installed an air source which is perfect for bike-riders who pass by.

The inspiration for the name ‘Chilly Water’ came from a song by jam-band Widespread Panic, a favorite band of original owner Skip DuVall, and also an allusion to the main ingredient needed to make beer: water.

The hippie-centric music theme extends throughout the rest of establishment too, with faux-CDs for menus, an impressive record collage arranged on the center wall, and the artistically written item names on the chalkboard all having musical references. 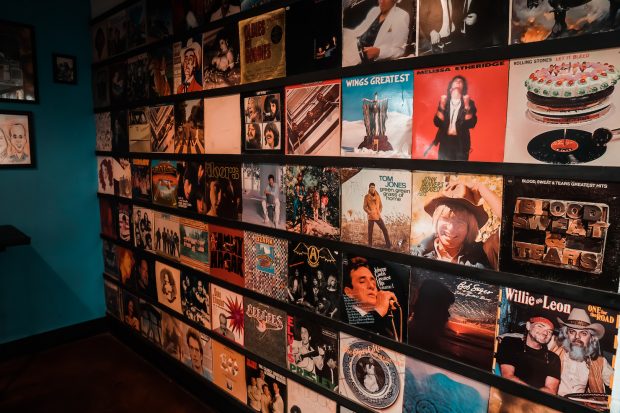 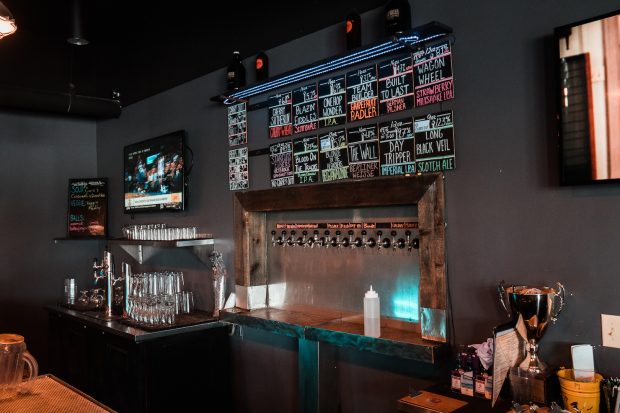 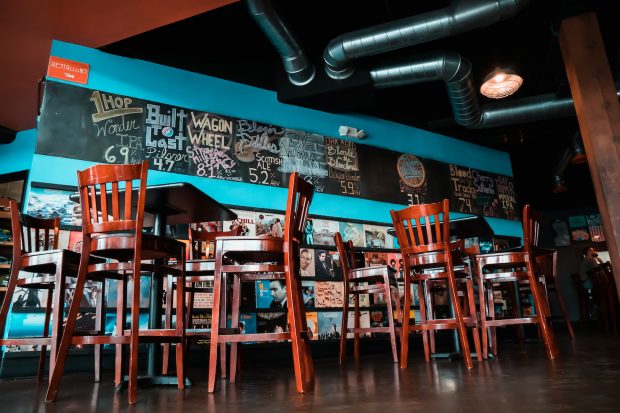 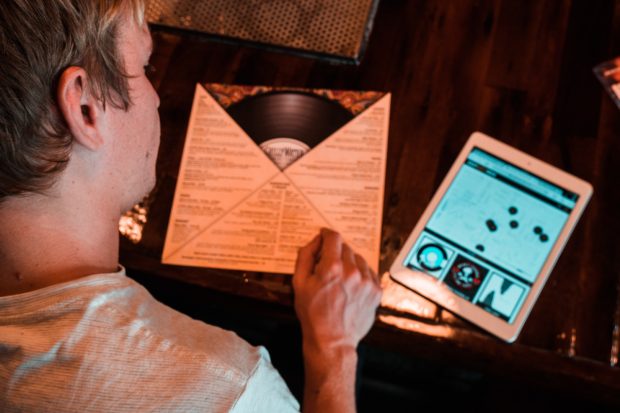 “Our beers are always clean and well-balanced. We try to have something for everybody: light, dark, hoppy, malty, sweet, dry. The quality speaks for itself.

Head brewer and co-owner Dan Krzywicki is dedicated to the craft of brewing, and prides himself on making the beers at Chilly Water true-to-style.

“If I’m going to make a certain kind of beer, it’s going to be a good representation of that style… I’m not going to do something like throw a bunch of American hops into a German Pilsner… My personal background is all about stylistic accuracy with beer and this is important because so many people are opening breweries but don’t have a lot of experience…some don’t have any experience.

The craft beer consumer is beginning to become more educated on styles however there is still a lot of uneducated consumers and by brewing accurate to style will provide the best service to the consumer and industry as a whole.” – Dan Krzywicki

“Musical Birthdays”, an upcoming live-music series which will happen once a month centered around a notable band or musical artist who’s birthday occurs during that month. Local musicians will perform a setlist of songs exclusively by these artists.

A portion of the sales for these events will go to a local charity whose mission is relevant to that particular musical artist.

The chosen artist for this past month was Kurt Cobain and Nirvana’s MTV “Unplugged” album from 1993 was played on Thursday, February 20th – the night of the late icon’s birthday. Local charity Back on My Feet, who’s mission is to combat homelessness, received benefits from a portion of the evening’s sales. 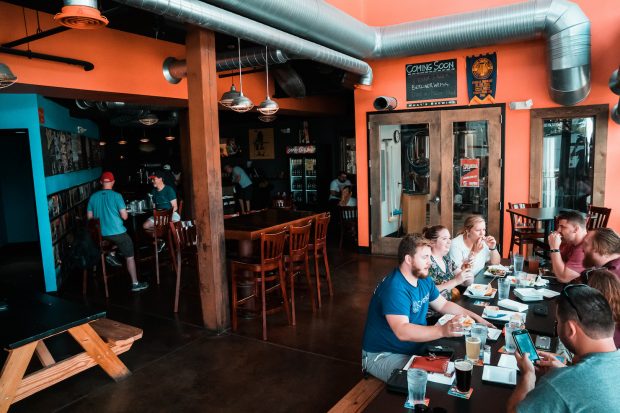 Deals: Every Wednesday is Hippy Hour. $4 pints and $7 growler refills.